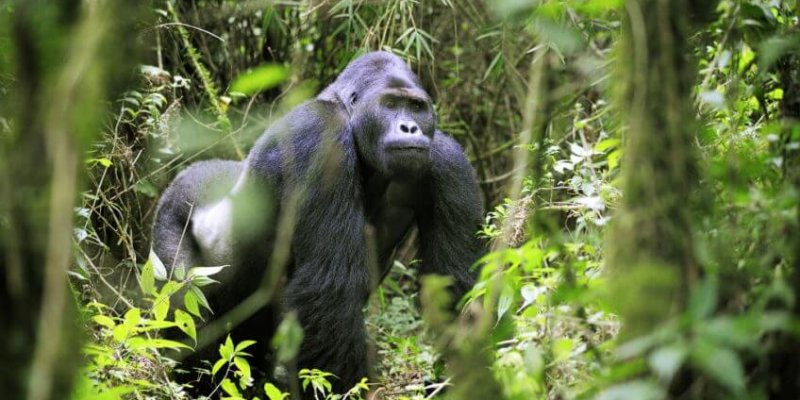 Mountain gorillas have up to 99.6% human DNA, this is an interesting activity to partake in. Only 1,063 mountain gorillas remain in the wild, and they are only to be found in two locations: Uganda’s Bwindi Impenetrable Forest and the Virunga massif, which also includes the national parks of Rwanda’s Volcanoes, the Virunga National Park of the Democratic Republic of the Congo, and Uganda’s Mgahinga Gorilla National Park. From this article, you can learn everything you need to know about hiking with mountain gorillas in Rwanda.

Trekking mountain gorillas in the dry season is advantageous because the ground may not be muddy, making it simpler to move through the forest. Additionally, because there are fewer visitors in the park during the dry season, travelers who prefer to travel in groups will enjoy the trip. There’s no need to worry about when to go because mountain gorillas can be seen all year round.

You can observe habituated gorilla families in Rwanda’s Volcanoes National Park after you arrive, and each of these gorilla families is headed by a silverback gorilla. 400 of the estimated 1,063 gorillas left in the world are said to reside in Rwanda’s Volcanoes national park. The gorillas are used to people, but keep in mind that they are still wild animals and you may get too close to them to take pictures.

Travelers should carry some Good hiking boots will help you maintain your balance as you move through the forest to meet the mountain gorillas. You should also wear long-sleeved shirts and long socks to protect your skin from irritations if your skin rubs against the bushes as you move through the forest. Finally, don’t forget your camera to record this once-in-a-lifetime experience.